It’s 5am and I can’t sleep and I realised I hadn’t really done a personal update in a while so I thought I’d start doing that. I’m pretty sure my last update was in August so it’s been a good few months and they’ve been pretty huge so grab a cup of tea, maybe a few snacks and get ready for something of a whirlwind (or at least that’s how it’s felt to me!).

In my last update I was talking about sitting my exams over Summer and starting my third year come September. This, however, did not happen! I was fairly poorly (this will be explained a bit more later on) and it was clear to see that the best decision for me was to give myself a break and subsequently repeat the year of studies. I didn’t take this decision lightly but now being a whole semester into the repeat year I can say for certain it was the right choice! I’ve got much higher grades, been able to meet more deadlines and I’m getting to know even more incredible people. As I mentioned, I’ve finished my first semester and am just entering the second one. I’m feeling so excited to study and hopefully do even better (that’s always the aim isn’t it?). And as chance would have it, this repeat years means that (if nothing else goes wrong) I’m going to get to graduate with my absolute best friends I’ve met at University – Scarlett, Katie, Jade & Anabel I can not wait to celebrate with you!.

Now to backtrack a little and catch up on some wonderful trips I’ve had over the past 5ish months. Summer not only included Disney and my engagement but lots of other adventures. I, of course, had lots of catch-ups with my friends – coffee dates galore! – and spent a lot of time in bed too resting and taking a good break. Despite being unwell I still managed to go to Brighton Pride and Summer in the City! Pride I spent with Erin, Katie and Katie’s friend Sarah. We watched the parade together and had tickets for the ‘festival’ style after party where we got to see Britney freaking Spears! It was absolutely incredible! Summer in the City was also with Erin and Katie and our friend James (we also got to see other James! – I’m aware this makes little sense if you don’t know who I’m talking about!). Once again SITC was full of joy and if I get the chance I’ll be writing up a short little diary entry to remember it all especially as it’s unlikely I’ll be going this year. 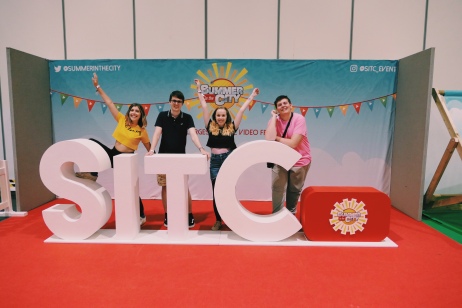 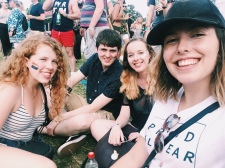 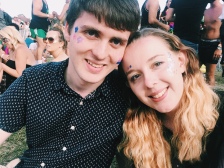 September brought around the new university year and I moved back onto campus which I’ve really enjoyed. September also brought around some sad news. As I’ve mentioned here and there my physical health hasn’t been fantastic. To put it briefly I’ve had joint issues since birth which have worsened along with a variety of other symptoms including gastrointestinal issues, fainting, chronic pain and dislocations. I saw a rheumatologist in September who diagnosed me with Hypermobility Spectrum Disorder (a disorder under the Ehlers-Danlos umbrella) and Fibromyalgia. Although expected it hasn’t been an easy thing to process especially as I still have myriad of other symptoms to address, hundreds of appointments and referrals to other specialists underway. I struggle to vocalise the real truth of how this is affecting me on my blog or places where my close friends and family (aka anywhere that isn’t twitter or Instagram where I vent regularly) are likely to hear as I know it can be upsetting but I’ve made a promise to myself to be more honest. It impacts my life dramatically but I am slowly learning to live around the illnesses instead of being consumed with them. I couldn’t write a whole lot more but I’ll leave this topic here for now as I know I’ll have more detailed posts in the future.

The first Semester and Christmas have been mostly filled with joy. I’ve continued helping to run the Harry Potter Society at university providing a great place to escape. In December, before term ended for Christmas, we put together a Yule Ball and it was just so wonderful. I’ll be honest and say my contributions weren’t huge as I was unwell so massive thanks to the rest of the committee for being incredible and putting on a fantastic evening. Both Mum and Dad came to visit during term and we spent a wonderful weekend together – walking along the beach and having a dreamy roast dinner with Dad and visiting the aquarium and watching girly movies with mum! I also went to see Matilda the musical with a scheme at University and was massively impressed – it was so much better than I’d anticipated and highly recommend it to anyone. 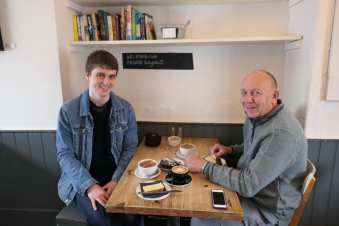 Christmas came around and I went home to see my family and friends. It was busy and short but so filled with love. I’ve always been a massive Christmas lover so it’s probably my favourite holiday. I was also very kindly treated to being taken to see The Nutcracker ballet with Erin. We had the best time and spent the evening in a hotel in London which was just so special and a truly lovely engagement gift. I can’t believe it but I also got to see Les Misérables again, with both Erin and his family, and it was just as beautiful as the first time, and I wept just as many tears (naturally). After Christmas I returned to university for my exams which were a mixed bag but much better than anticipated. I then spent a week, last week, at Erin’s as we don’t often get to see each other over term time and it was a great break before diving back into studies. And this brings me back around to now, the second day of second semester. 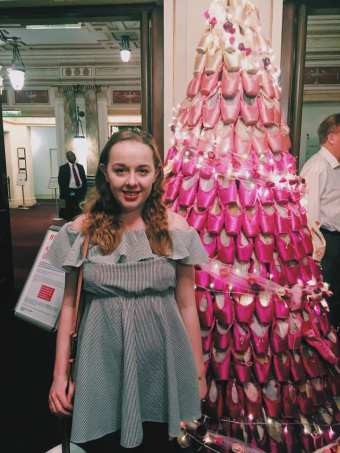 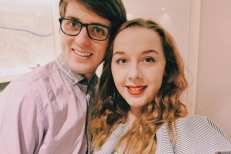 Processed with VSCO with c1 preset

I’m sorry this is such a long post and perhaps not that interesting, but I love these type of posts as this blog serves as a personal diary. I’m aiming to keep up to date far more regularly this year and post a lot more content. Fingers Crossed! I hope you’re all well.

3 thoughts on “From August to Now”

Leave a Reply to Amelia in Hull Cancel reply